New fast-paced multiplayer horror game, Pacify, to be released on Steam for PC and Mac February 2019.

After watching many many great game play videos of Emily Wants to Play, it was obvious that our fans would enjoy a horror game that they can play with their friends. It seemed that the only thing better than being scared yourself was watching and hearing your friend’s terrified screams!

In Pacify, you will be able to play with up to 3 of your friends for a total of 4 players. You will also be able to play in either cooperative or competitive mode with those players. Players will explore a creepy mansion and learn about its rumored past while collecting evidence, items and trying to survive. Players will have the opinion to even play as single player, however, that will be a much harder task.

We are excited to bring something new to PC and Mac and have plans for console release to follow soon. We appreciate the continued support!

P.S. There will be an Emily Wants to Play 3!

Emily Wants to Play Too was released on mobile devices today (September 7, 2018).

Android Google Play
Emily Wants to Play Too on Android 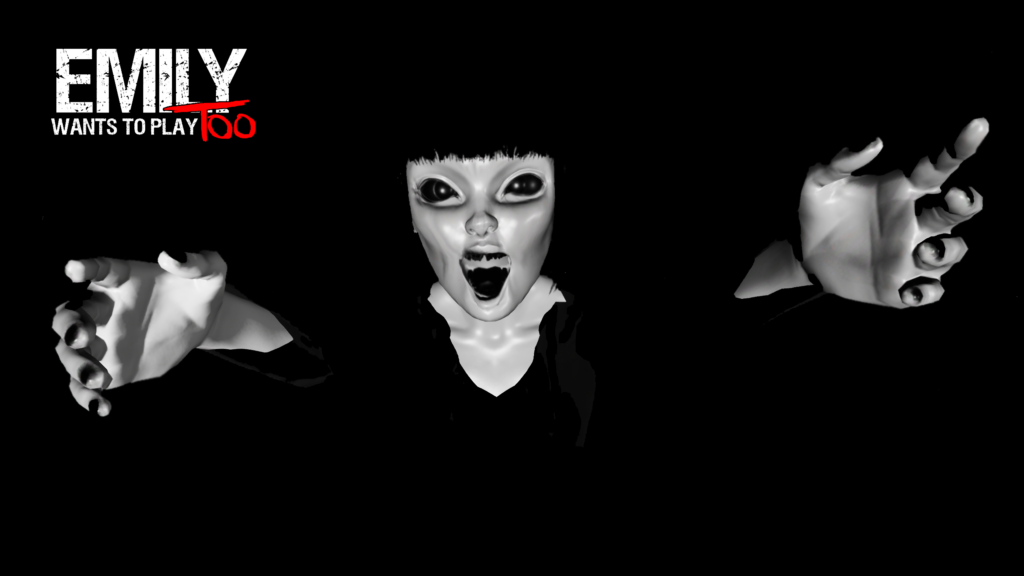 Emily Wants to Play Too on Steam:

Here’s the newest Emily Wants to Play Too trailer. I hope you like it. The game has turned out to be several times larger than the original. Prepare to get lost in an old evidence storage building with the dolls, Emily and their new friends. You will need to survive inside the office with everyone along with playing their new games. While running around, be on the lookout for more clues as to what is happening with Emily and her friends. Emily Wants to Play Too has more characters, more story, more scares and more games. Get ready!

Emily Wants to Play Too on Steam
http://store.steampowered.com/app/652190/Emily_Wants_to_Play_Too/

In case you missed it, Emily Wants to Play on Steam
http://store.steampowered.com/app/416590/Emily_Wants_To_Play/